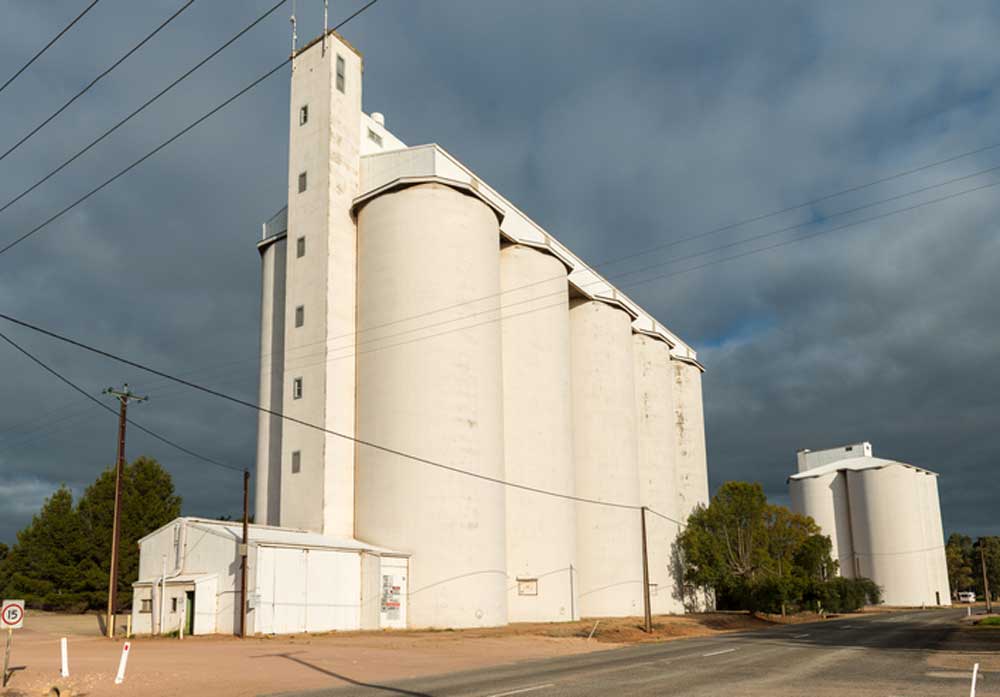 Bulk Handling of grain commenced in 1954 when a group of forward thinking farmers approached government seeking assistance to move the state’s handling of wheat and barley from the labour intensive, back-breaking use of bags into the modern era.

Gladstone complex has grown from its original concrete silo storage built in 1957 to become the largest inland grain storage facility in Australia with a storage capacity of in excess of 600,000 tonnes.

In the last ten years more than $10 million has been invested  in capital infrastructure at the Gladstone site. This includes construction of fast loading out-loading system that can load rail at more than 1,000 tonnes per hour.

Viterra (formerly ABB Grain, AusBulk and SACBH), is now the largest employer in Gladstone and where practicable, use local businesses to provide services required by the company. During the peak of 2001/2002 harvest, this site employed 6 permanent staff, 11 permanent part-time staff and over 100 casual staff.

During season 2001/2002, the Gladstone  site received 553,163 tonnes of grain, which was made up of 16 segregations of grain grades from Wheat, Barley, Duram Wheat, Peas, Faba Beans and Fiesta Beans.

This grain was taken through 2 sampling offices, weighed on 2 inward weighbridges & 2 outward weighbridges. At any one time there were 6 silo grids & 6 drive-over hoppers operating to place this grain into concrete vertical silos, bulk sheds and bunkers.

Grain storage space is made up of:

Approximately 90% of the grain is out-loaded through 2 x 1,000 tonne bins which are located over a railway line. A majority of this grain is then taken to Port Adelaide terminal to be loaded onto ships for many national and international ports.